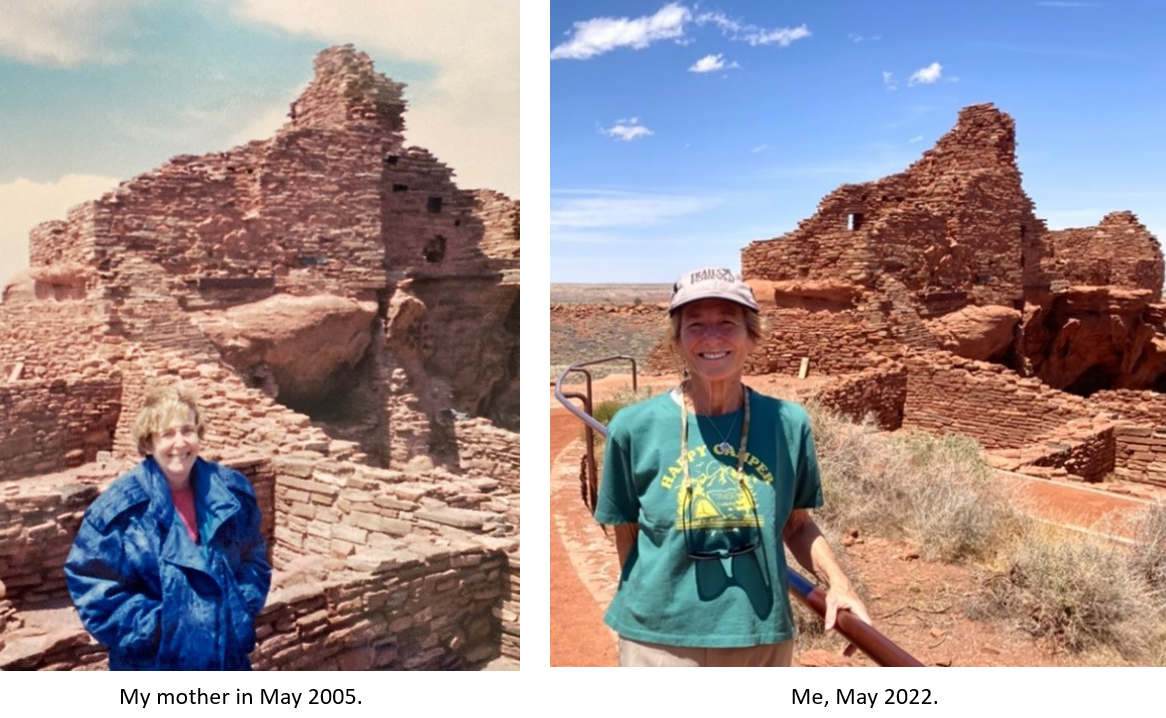 We ended up with an unexpectedly unplanned day on vacation. It’s a long story that I won’t bore you with, but it did mean that we spent a day at a little known National Monument called Wupatki. Wupatki contains the remains of what was once a thriving community outside of Flagstaff, AZ. This ancient Puebloan site is fascinating not just because of its interesting architecture, but mainly because no one knows why the community deserted its home. Archeologists have theories about why Wupatki and similar sites were abandoned – they often have to do with a change in weather – but no one knows for sure. Wupatki is considered to be sacred ground to the current day Hopi people.

Clearly, my mother and I share some genes! We also shared some good experiences. The picture of her was several months before Katrina and 9 months before she died with lung cancer. The day with her at Wupatki was a very good day.

It also has me thinking about the passage of time. It is not lost on me that my mother, who I miss deeply and daily, and I are standing in front of some buildings that once housed a community of people who are long gone. It is trite to say that time flies – but it does.

Who was once a part of your daily life that you miss now? What did you expect to be doing at this point in your life that you aren’t doing? What matters to you deeply, but gets put aside because you get busy with the tasks that can so easily fill our time? What is most important to you about Grace Evangelical Lutheran Church? About your faith? About being a beloved child of the living God?

What small things occupy an outsized amount of your precious time? What unimportant task sucks up your energy?

How might you re-orient your life so that the most important people and things take central place?